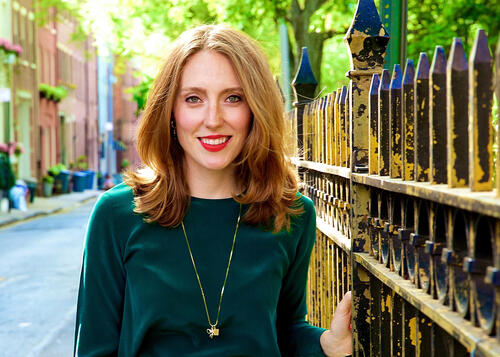 Moira Weigel is an Assistant Professor in the Department of Communication Studies and serves on the Executive Committee of Women’s, Gender, and Sexuality Studies. Previously, she was a Junior Fellow at Harvard University and a Sociotechnical Security Fellow at the Data and Society Research Institute. She received her Ph.D. from the joint program in Comparative Literature and Film and Media Studies at Yale University. Originally trained in modern languages, including German, French, and Mandarin Chinese, she now studies digital media in a global context, using mixed methods to investigate forms of networked labor, identity, and persuasion among other topics. She is currently conducting a study of transnational e-commerce entrepreneurs, focused on their experiences of Amazon’s third-party marketplace.

Moira’s first book,  Labor of Love: the Invention of Dating (2016), countered widespread claims that the rise of mobile phones and social media were bringing about the “death of romance,” showing that modern courtship practices have consistently coevolved with consumer capitalism and other forms of gendered work.  Labor of Love has been translated into six languages and appeared in dozens of outlets including The New Yorker, The New York Times, The Economist, The Washington Post, The Atlantic, The Guardian, The Wall Street Journal, NPR, CNN, and  HBO.

Her second book, co-edited with Ben Tarnoff, is Voices from the Valley: Tech Workers Talk About What They Do and How They Do It (2020). A series of long-form anonymous interviews with workers at every level of the Bay Area tech industry, from startup founders to cafeteria workers and in-house massage therapists to Google engineers, it received positive reviews from The New York Times, Wired, The Nation, and the Los Angeles Review of Books, among other outlets, and was named one of Wired‘s “8 Best Books About Artificial Intelligence to Read Now.”

Alongside her scholarly work, Weigel is a cofounder of LOGIC magazine. She also regularly contributes to general interest publications including The Guardian, The New York Times, and The New Republic.