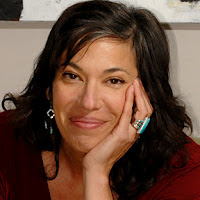 Melinda Lopez is the recipient of the 2019 Elliot Norton Award for Outstanding Achievement, recognizing her 20-year career as and playwright, performer and educator, and won a 2019 Massachusetts Cultural Council Award in Dramati Writing.  She was part of the Mellon Foundation’s National Playwrights Residency Program from 2013-2019, and is currently the Artist-in-Residence at the Huntington Theatre Company.   She is a multiple award winning playwright and performer.  Plays include: MALA (winner Best New Play, Elliot Norton Award, available on Audible in Spanish and English,) YERMA (adaptation,) BACK THE NIGHT, BECOMING CUBA, ORCHIDS TO OCTOPI (commissioned by the National Institutes of Health, Best New Play, IRNE) and SONIA FLEW (winner, Elliot Norton Award, Best New Play, Best Production.) Her plays have been performed nationally and internationally (the Guthrie Theatre, Steppenwolf, Williamstown, The Huntington Theatre, The Old Globe Theatre, Camaguey Theatre Festival, and many many more.). Melinda also performs on stage, radio and in film (and re-appears as a meme from FEVER PITCH around baseball season.) She has served as a panel member for the NEA, Cambridge Arts Panel, and has enjoyed residencies with the Huntington Playwriting Fellows, Sundance, the Lark, the New York Theatre Workshop and Harvard University. Ms. Lopez has taught at Boston University and Wellesley College. She is actively providing humanitarian aid for the people of Cuba, and was mentioned by President Obama in his speech to the Cuban and American people in 2016. Mayor Marty Walsh declared October 29, 2016 “Melinda Lopez Day” in the City of Boston. She lives in Boston with her husband, daughter, giant yellow dog, and other critters, and occasionally sleeps on the ground in the American Southwest. She has run two marathons and plays a little ukulele. She is a graduate of Dartmouth College and Boston University, where she studied under Nobel Prize winner, Derek Walcott.

Melinda will direct the Spring 2023 show at Northeastern: EVERYBODY by Branden Jacobs Jenkins