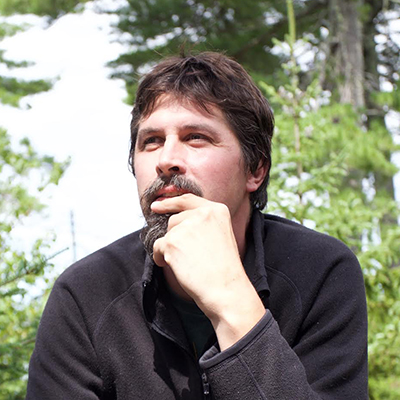 Nicholas Brown teaches in the Urban Landscape Program and the Department of History at Northeastern University. He holds a PhD in Landscape Architecture (History & Theory) from the University of Illinois, Urbana-Champaign, a MFA degree from UIUC’s School of Art & Design, and a BA from Carleton College. Previously Brown taught in the American Indian & Native Studies Program and the Department of Geographical and Sustainability Sciences at the University of Iowa.

Weaving history, theory, and practice together in the classroom, Brown works with students to better understand relationships between social justice and the built environment. Using place-based pedagogies, he encourages students to experiment with techniques for activating histories and spaces. Recent projects designed in collaboration with students include: A People’s Guide to Firsting and Lasting in Boston, which documents the “erasure” of indigenous peoples in and around Boston, and Ioway City, a walking tour that explores Native American histories and ongoing presence in Iowa City.

Brown’s research examines the production of cultural landscapes in settler colonial contexts, focusing in particular on how space and time are partitioned in ways that impose limitations on indigenous political life. In addition to exploring links between geographical and political imaginations, his research also looks at the politics and ethics of connectivity embedded in diverse articulations of landscape.

Brown is the co-author of Re-Collecting Black Hawk: Landscape, Memory, and Power in the American Midwest (University of Pittsburgh Press, 2015). “The Vanishing Indian Repeat Photography Project,” an ongoing project that explores continuities between Montana’s colonial past and present, is featured in Critical Landscapes: Art, Space, Politics (University of California Press, 2015). Brown’s speculative design proposal, Ni-aazhawa’am-minis Spur, which highlights enduring Anishinaabe geographies around Lake Superior’s Keweenaw Bay, was featured in the Rabbit Island 2014 Residency Exhibition at Northern Michigan University’s DeVos Art Museum. Brown’s article, “The Logic of Settler Accumulation in a Landscape of Perpetual Vanishing,” which explores how primitive accumulation functions as an ongoing process within settler colonial contexts, was published in Settler Colonial Studies, and a series of interviews, “What makes justice spatial? What makes spaces just?”, was published in Critical Planning. His current book manuscript focuses on landscape, justice, and the politics of indigeneity in the Montana/Alberta borderlands. Brown has also organized exhibitions and symposia such as Just Space(s) (Los Angeles), Urban, Rural, Wild (Chicago), Walking as Knowing as Making (Urbana-Champaign), and Critical Spatial Practice (online).