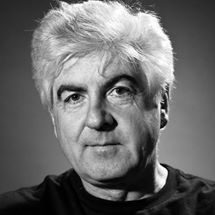 Bill is the owner and operator of Video Blender, a Boston-based media production company. His recent works include marketing videos for Boston hospitals and Wall Street financial firms, a comedy short with Improv Boston, “Three Times the Violence,” a provocative investigative documentary uncovering the alarming incidence of hate crimes against people with disabilities, and “Talk Helps” a film about anxiety, depression, and suicide among undergraduate college students.

Bill also does international media consulting for companies in China and India.

He began teaching at Northeastern University in September 2002 and became an adjunct professor at the Tufts School of Medicine in 2004. He has taught courses at the Communications University in Beijing, The John-Hopkins Institute in Nanjing, and The University of Mumbai, along with other international universities.

As a producer, Bill helped to shape the look of many shows and networks. There was a time when bankers stayed at the bank.  In the early days of the Bloomberg Business News Network, Bill coaxed bond traders and corporate CEOs away from their desks and onto a television set.  He transformed hard-nosed number crunchers into engaging talking heads and gave his audiences up close access to the financial markets. Similarly, he brought a mix of news and entertainment to The Travel Channel where his shows captured the romance of world travel mixed with local history and politics.

The New York Sunday Times, The Boston Globe, Vanity Fair and other outlets have all published articles on Bill’s television shows and films. PBS, The Hallmark Network and Boston’s news magazine “Chronicle,” have also profiled his productions.

He makes his home outside Boston. He is married with a son and daughter.