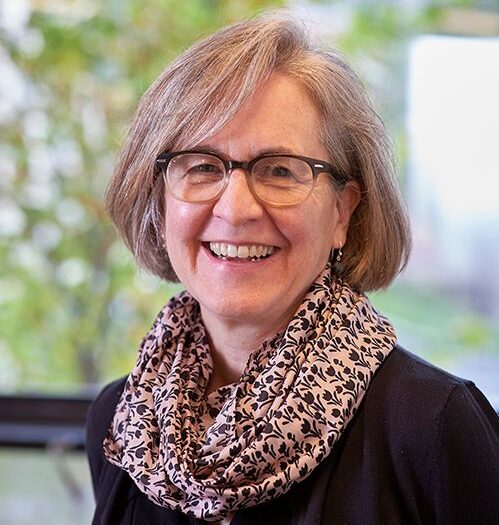 Frances Nelson McSherry is a professional costume designer who has worked on shows which have  appeared on stages from Boston to California and internationally. Her favorite projects include new works and world premieres, as well as old favorites told in new ways. She designed costumes for a rock musical called The Snow Queen, featured as a new work at the New York Musical Theatre Festival (NYMF). Frances’s steampunk infused costumes, along with lighting designer David Lee Cuthbert’s vivid projections, received rave reviews and the NYMF Overall Best Design Award for 2014.

Frances has been teaching theatre design courses at Northeastern since 2004. Responding to the interests of students considering careers in fashion, she recently developed the Global Fashion Studies minor, available to all undergraduate students at Northeastern . She also acts as faculty advisor for the NU Fashion and Retail Society and The Avenue, student organizations focusing on fashion. Frances has spent the last three summers leading Dialogue of Civilization programs in Paris to study fashion history and the fashion industry. Samples of the work done by the students during this study abroad program can be seen on the class blog https://exploringfashion.wordpress.com

Frances received her MFA in Theater Design at NYU’s Tisch School of the Arts. She is also a member of United Scenic Artists, Local 829. Production photographs from her favorite shows can be found on her website.